To get more performance from an engine it needs to be larger and therefore less economical right? That was the traditional way of thinking. Ford’s EcoBoost technology is anything but traditional.

Ford’s engineers have re-imagined and re-invented what an engine can do. These smaller, lighter engines feature many innovations that deliver great fuel economy and reduce emissions. Yet they don't compromise on performance.

It is there for no surprise that Ford’s 1.0 Litre EcoBoost engine won international Engine of the Year three years running.

Choose from a selection of our amazing EcoBoost offers Here

All of Ford’s EcoBoost engine use turbochargers to increase power to a level that far exceeds the power output that is expected for the engine size. Turbocharging uses exhaust gases, which are usually wasted, to push more highly compressed air into the engine and give a huge boost to their power. A 1.0 litre EcoBoost engine can deliver an impressive performance up to 140PS, similar to an older, heavier 1.6 litre petrol engine.

Power When You Need It Most

The turbo also creates a great spread of torque (the power available to make the wheels turn). This makes EcoBoost engines flexible on open roads, with fewer gear changes needed. Variable cam timing helps generate high torque even at low revs, and maintains peak power. Or more simply: you get immediate, responsive power whenever you need to accelerate – such as overtaking a long, slow lorry.

Ford EcoBoost technology has also been used in the All-new Ford GT. The Ford GT has been created with one thing in mind, speed. The Ford GT uses a 3.5 Litre EcoBoost V-6 engine to achieve nearly 600BHP. This output would have used to only be achievable on vehicles with engines of at least 5-litre if not 6-litre. Now with EcoBoost technology Ford have extracted these extraordinary figures from engines of nearly half the capacity and increased fuel economy. 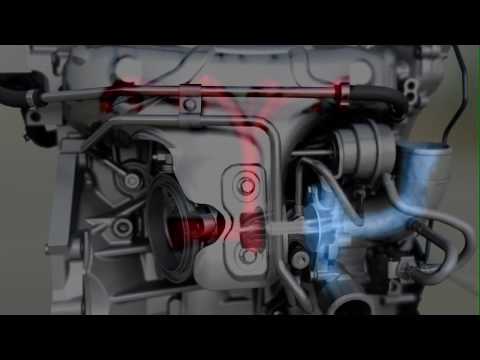 Choose from a selection of our amazing EcoBoost offers Here

Back
Vehicle Valuation
Compare Saved Vehicles
Top
Close
Your Cookie Settings
Select your cookie settings
Strictly Necessary Strictly Necessary cookies are essential to let you move around the website and use its features, such as accessing secure areas, shopping baskets and online billing. These cookies allow our website to provide services at your request.
Functional Functionality cookies are used to remember the choices you make, e.g. your user name, log in details and language preferences. They also remember any customisations you make to the website to give you enhanced, more personal features.
Targeting Targeting cookies collect information about your browsing habits to deliver adverts which are more relevant to you and your interests. They also measure the effectiveness of advertising campaigns.
Save Settings
Cancel Changes