Smarter, more useful and the largest in the range, the New Ford Transit is highly flexible and remarkably adaptable. You have the option to choose from three load lengths, a wide range of wheelbases, cab-styles and roof heights. There's a big Transit to take on any job and suit every business need.

The New Ford Transit is now smarter and more useful with powerful and efficient engines, and it's striking design enables the vehicle to not only carry out those heavy duty jobs but it looks great whilst doing it. Ford have also made improvements to the carrying capacity allowing you to carry up to 2.1 tonnes. The 15.1 cubic metres of load space allow you to fit cargo over 3 metres long so you will never be short of space as well as having the ability to transport almost anything.

Accessing your vehicle and cargo has never been easier. Wide side load doors, optimised opening height and a brighter-lit cargo area help to make loading and unloading the New Ford Transit effortless. You can also tow an additional load by requiring a tow bar as a factory-fitted option.

The New Ford Transit is jam packed with the latest in advanced technology and this is all made to help you work smarter and more efficient. Ford have even built in a new high level rear-view camera so you can always check to see what's around your van and hidden in your blind spot. You can also change the driving mode to suit certain conditions and tailor how the Transit handles a particular job or terrain. With an advanced new 10-speed automatic transmission built in, the New Ford Transit delivers rewarding acceleration as well as outstanding fuel efficiency.

Featuring a range of advanced 2.0-litre Ford EcoBlue diesel engines, the New Ford Transit is more powerful, more responsive and more efficient than ever. Four powertrains are available, offering you with up to 185PS of horsepower and 415 Nm of torque, so you are guaranteed to find one that meets your specific needs. The vehicle is also available as an EcoBlue Hybrid which helps to reduce fuel consumption and reduces CO2 emissions.

The interior of the New Ford Transit is built for comfort, durability and practicality. The clever design throughout the cabin provides bags of storage options. The materials have been chosen to withstand the toughest of jobs and optional heated seats will keep you warm and comfortable during those long drives. Ford SYNC3 is also built in to give you a hands free effortless experience and enables you to stay connected and control your phone, music and navigation system. 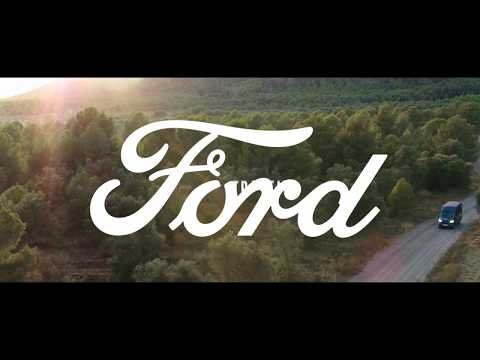 FordPass is a free app offering plenty of benefits, whether you're a Ford customer or not. Through the app, you can check the health and status of your vehicle, find the nearest fuel station, contact roadside assistance and much more. Find Out More

FordPass Pro is the new app that helps you to look after up to five business vehicles. With the touch of a button you have all the tools you need to assist in keeping your vehicles healthy, secure and running smoothly. Find Out More

Back
Vehicle Valuation
Compare Saved Vehicles
Top
Close
Your Cookie Settings
Select your cookie settings
Strictly Necessary Strictly Necessary cookies are essential to let you move around the website and use its features, such as accessing secure areas, shopping baskets and online billing. These cookies allow our website to provide services at your request.
Performance Performance cookies collect information about how you use our website e.g. which pages you visit most often, and if you experience any error messages. They also allow us to update our website to improve performance and tailor it to your preferences. These cookies do not collect any information that could identify you - all the information collected is anonymous. They will not be used to target adverts to you on other websites.
Functional Functionality cookies are used to remember the choices you make, e.g. your user name, log in details and language preferences. They also remember any customisations you make to the website to give you enhanced, more personal features.
Targeting Targeting cookies collect information about your browsing habits to deliver adverts which are more relevant to you and your interests. They also measure the effectiveness of advertising campaigns.
Save Settings
Cancel Changes